You can help people affected by disasters  by making a donation to support American Red Cross Disaster Relief. 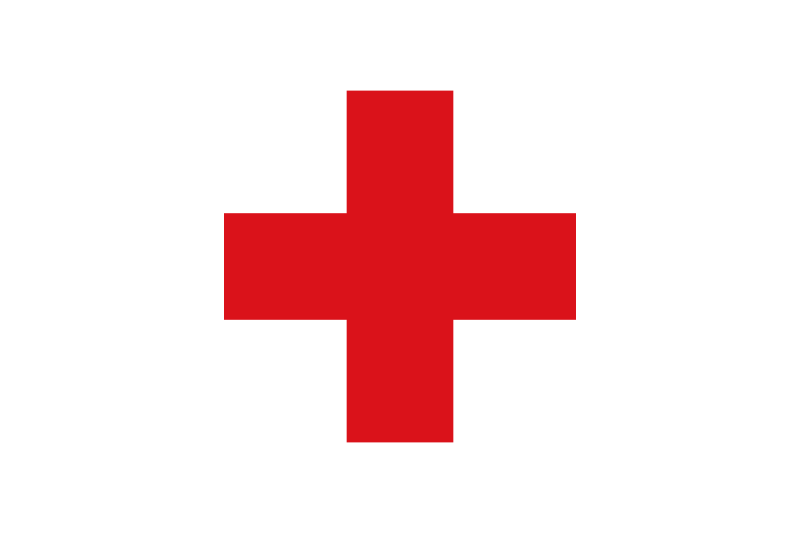 The American Red Cross (ARC), also known as the American National Red Cross, is a humanitarian organization that provides emergency assistance, disaster relief and education inside the United States. It is the designated U.S. affiliate of the International Federation of Red Cross and Red Crescent Societies.

History of the Red Cross.

The history of the Red Cross has its source at the Battle of Solferino. In this battle, June 24, 1859, the army of Napoleon III crushes Austrians. Thousands of wounded dying for lack of care.

Henry Dunant, citizen of Geneva, improvised rescue with the help of local civilians indiscriminately and assists soldiers on both sides.
Horrified by what he sees on the field of battle and suffering of so many soldiers wounded and abandoned to their fate, he published on his return one of the first reports of war, A Memory of Solferino, in which he denounced the horrors of war and laid the foundations of assistance to victims of war.

Founded in October 1863, the International Committee of the Red Cross (ICRC) is the origin of the International Red Cross and Red Crescent.
It is a Swiss humanitarian institution, independent and private, has its headquarters in Geneva.
Impartial, neutral and independent organization, the ICRC has the exclusively humanitarian mission to protect the lives and dignity of victims of war and internal violence and to provide them with assistance. It directs and coordinates the international relief activities conducted by the Movement in situations of conflict. It also endeavors to prevent suffering by promoting and strengthening humanitarian law and universal humanitarian principles.

Guardian of humanitarian law, the ICRC has been mandated by the international community to ensure in particular its application by the parties to a conflict.

Present in 182 countries and involving 97 million men and women, the Red Cross is now the largest humanitarian organization in the world.
The International Red Cross and Red Crescent Movement comprises the ICRC, the International Federation and National Societies. Although their activities are different components of the Movement are united by the same fundamental principles: humanity, impartiality, neutrality, independence, voluntary service, unity and universality and the use of common symbols.

Today, in addition to domestic disaster relief, the American Red Cross offers services in five other areas: community services that help the needy; communications services and comfort for military members and their family members; the collection, processing and distribution of blood and blood products; educational programs on preparedness, health, and safety; and international relief and development programs.

Issued a corporate charter by the United States Congress under Title 36 of the United States Code, Section 3001, the American National Red Cross is governed by volunteers and supported by community donations, income from health and safety training and products, and income from blood products. The American Red Cross is headquartered in Washington, D.C.. The Chairman of the Board of Governors, serving her second three-year term, is Bonnie McElveen-Hunter. The current President and Chief Executive Officer is Gail J. McGovern.

One thought on “The Red Cross”